SHERI, WHERE HAVE YOU BEEN?

Many of you have asked if I’ve found the silver heart Tom left me, and unfortunately the answer is no. I know in my heart of hearts, the lost silver heart had to take second place to the beginning of another medical nightmare.

Christmas day I heard Tom using a mallet hammering in his studio. He had trouble standing and I couldn’t imagine what was so important. Sometimes it’s better not to ask Tom why he’s out of bed when there’s every indication he should not be standing without support.

Tom took a nasty spill Jan 2, 2016. His upper right forearm fractured in three spirals and broke at 45 degree angles in opposite directions from each other. One break was an inch from his shoulder, the 2nd an inch from the first break, and the 3rd an inch above his right elbow. 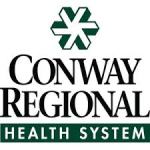 The orthopedic surgeon on call at our local hospital that night was convinced Tom might not survive a surgery to repair his arm due to his multiple life-threatening conditions. He also said there were 2 breaks but there were actually 3, and that they were at 20 degree angles. CATASTROPHIC MISTAKE by the orthopedic surgeon. Tom could have lost his right arm permanently!

Tom’s arm was placed in a compression cast and I was beyond stunned when 2 days later the hospital discharged Tom with a prescription for 30 days Oxycodone, 1 or 2 tablets every 4 hours as needed for pain along with an appointment slip to see the doctor in 30 days.

Medicare refused to issue a wheelchair. Their response to our request was that Tom had broken his arm and not his leg. [Medicare refused to consider that Tom could not walk on the bottom of his feet due to the psoriatic arthritis keeping them an open wound]. HOW DID MEDICARE THINK I WAS GOING TO GET TOM FROM ONE PLACE TO ANOTHER? USING HIS ROLLING WALKER WAS NOW OUT OF THE QUESTION AND HE’D BECOME A MORE SERIOUS FALL RISK.

I brought Tom home and prayed, God’s will be done. I felt myself sinking into a deeper depression. I had to be able to get Tom to his medical appointments but how was I going to make that happen. Medicare put me in a serious situation.

We are fortunate to have exceptional friends of deep faith who have stayed close for the past 10 years. We often share the ups and downs of our lives. Two days after Tom was home from the hospital, a transport wheelchair appeared at our door [fits Tom perfectly and is a gem for Tom to get around in]. I can (with effort) lift it in and out of the trunk.

A quote by Edward Young always comes to mind when I think of Lynn and Bill Garret. To paraphrase, they are indeed “The Wine of Life,” and it’s with thanksgiving to God that I thank them for seeing our need and taking that need and putting it into action. The transport wheelchair is ours to keep. Thank you, Lynn and Bill, seems so little to say when something changes the quality of our daily lives in such a drastic way.

The compression cast placed on Tom’s right arm from the top of his right shoulder and down to his fingertips lasted less than a week before it was too loose to hold Tom’s broken bones in place. The pain medication offered him zero relief.

We visited the orthopedic surgeon’s after-hours clinic for a readjustment of the compression cast within a week of his discharge. Imagine my outrage when on the 2nd visit, I was told, “Take pictures of how we do this. We don’t make money adjusting compression cast.”

I’ve since learned by examining EOBs (Explanation of Payments from insurance companies) that they were paid in excess of $400 for each of the two visits we made lasting less than 15 minutes. For their rudeness and disregard for our need for treatment, I believe they are highly overpaid.

At the time we were at the clinic I wondered if we were being told the truth or was this further evidence of our medical care breaking down further? How could I be expected to take care of the realignment of Tom’s broken bones? I don’t have an x-ray machine at home! I don’t have the medical training

What’s happened to the patient being followed by the physician until a problem resolves? Tom didn’t need yet another chronic diagnosis in the form of a useless arm or one of continuous chronic pain.

The months following Tom’s broken arm have been the toughest yet. My role as a caregiver changed as I met one brick wall after another. However, I’ve learned and I’ve journaled. Much of what I’ve learned has been the result of living in crisis mode day after day. I’ll invite you along my journey in future blogs. 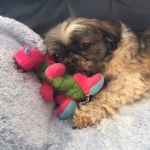 One of the best decisions I made for myself was to get another rescue shih Tzu. I’d asked for an 8 yr old but a 3 yr old flew into my arms the night I visited to meet my possible new rescue. I’m certain now that Bailey knew I was the one that needed rescuing. Each time I went to put him down, right back into my lap he popped 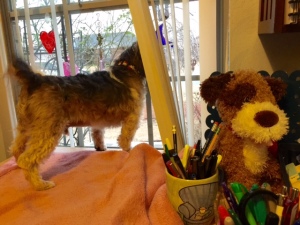 what brick wall would greet me around the next corner.

He’s learning to be a service dog for both Tom and myself as we both have PTSD. When Tom became so sick, Bailey and I lost a lot of ground with our training as Tom came first. We are still using his service dog commands.

I mentioned to Bailey about going to Navy Seal Training and he politely told me, ‘When Pigs Fly!”

Bailey asks for little except to be loved. Most days he divides his time between looking out the window in my office [from my desktop], of course, where he has his own lush blanket, and cuddles and tummy rubs on command.

I’m not sure how I would have made it through the dark days of Jan through March if Bailey hadn’t been at my side. He continues to be a joyous spirit.

Bailey thought New Year’s Eve was the cat’s-meow. Tom wanted flavored water with a sizzle and away we went to find it. Bailey was so excited when 5 Brownie Girls approached and asked if they could have their picture taken with him. Bailey was so-o-o- happy to oblige. After all, what new guy in town meets 5 cute girls on New Year’s Eve that welcome his kisses. His wiggling body and wagging tail encouraged me to get us home to tell Tom of his latest adventures.

As Bailey retold his story, he elected to leave out the part about the Brownie Girls being on a scavenger hunt and that they needed a picture of themselves with a cute dog!

I’m leaving much unsaid here about all that’s happened since I last spoke with you. We’ve had close calls with Tom’s health and never before have I met with such frustration. In mental health quandaries I could always remove Tom from any situation and knew I could keep him safe until I found appropriate care.

The serious medical problems Tom faced included: cardiac, infectious disease, pulmonary, trauma surgeon, endocrinology and more. Tom entered Little Rock Baptist Hospital on January 27th and he’s been home 1 week! Our experience with Baptist Hospital in Little Rock was less than ‘Awesome’ and I’ll be writing more about that in a future blog. I was afraid to move Tom and have him classified as AMA [Against Medical Advice].

What I do know is that the diagnostic overshadowing is the direct cause of the rapid decline of Tom’s body. Our new diagnoses are Histoplasmosis in all 5 chambers of his lungs, COPD brought on by chronic bronchitis and yes, way back Tom smoked for 20 years. [Tom and I have often talked with our friends of the Vietnam era who are dying today from COPD, [brought on by smoking cigarettes]. Daily meal rations, during the Vietnam war, included cigarettes. Then we have the fever of unknown origin that roamed from 101.2 and spiked at 108 for 2 days. His arm had 3 spiral fractures and each was at 45 degree angles going in opposite directions of the other and would never have healed in a compression cast. A trauma surgeon treated Tom a day after he received a new generator and batteries for his pacemaker [they both stopped working while they were in his chest].

Why hadn’t his cardiologist staff scheduled his pacemaker checks at recommended dates? Tom would be dead today if I hadn’t counted the dates and called the cardiologist’s nurse. The pacemaker itself was 100% dead [the batteries] when Tom was admitted to the hospital on the 27th of January. I’ll be talking more about this in a future blog but to add to the tragedy of today’s medicine, we had no idea he had actually been alive because of the back-up generator. Tom would have died at home in a matter of days and we wouldn’t have known why! Tom was off-line before he made it to surgery!

I’ll be discussing some of the horrors of Medicare’s Administrative Rulings as I move forward with blogs this year. Suddenly my own time has become non-existent as my days are spent on the phone arranging care for Tom, reading, indexing and summarizing over 40

I carve out bits of time here and there to enjoy one of my favorite stress relievers. I refuse to take my iPhone to the garden.

I haven’t words for telling all of you just how much I’ve missed communicating with each of you.

My friends, we’ve entered another regulatory age of Medicare. What are your thoughts on this matter?

I’ve spent hours of reading regulatory Federal Registers’ on the matter. It’s not a riveting read but occasionally I unearth a valuable nugget.

As always, I thank you for reading with me. It’s wonderful to be home again.

101 Responses to SHERI, WHERE HAVE YOU BEEN?

What's On Your Mind, I'd love To Know Cancel reply