WILL THE GAME STORE ACCEPT OUR IOU?

WILL THE GAME STORE ACCEPT OUR IOU?
One Woman’s Opinion
By – Sheri de Grom 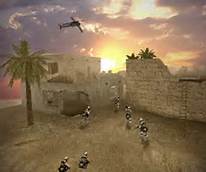 Secretary Hagel is taking a different approach to sequestration than his predecessor, Leon Panetta. Panetta referred to the sequestration as a doomsday scenario. Hagel proclaims that while cuts as much as $1 trillion in planned spending over the next decade presents challenges and uncertainties, the Pentagon also must recognize the opportunities inherent in budget constraints.

I previously reported the number of Army enlisted service members that will be removed from active duty roles here.

In August, 2013, the Army will begin selecting 1,200 colonels and lieutenant colonels for early retirement.

I agree with the retirement board in that the seventy lieutenant colonels who have been passed over twice for promotion to colonel probably need to go.

However, there are five hundred active duty colonels on the list simply because they have been colonels for five years. Their next promotion would be to a one star general and, obviously, not every colonel will achieve that rank. It’s impossible. The Army is top-heavy with generals and only within the last week have we heard about possible forced retirements for them.

Our lieutenant colonels and colonels have just fought a decade-long war and this is our thanks to them? We’re going to tell them that they have to go? They’ve been deployed multiple times and their families have suffered irreparable hardships. Now they are told the Army no longer needs them.

Of additional note is that the economy is a large factor in how long our military officers are electing to stay active duty. They know jobs are hard to obtain and almost all of them have families to support.

Unlike previous drawdown efforts, there will be no separation pay for those who volunteer or are selected for early retirement.

Defense Secretary Chuck Hagel admits the United States faces evolving global threats. Will we be prepared to meet them if we continue to cut our troop strength in both the officer and enlisted ranks?

When it’s time to make strategic decisions about our nation’s defense who will we depend on? We won’t be able to shop at the local game store for Rambo soldiers or will we? Do you want to contract out the defense of our nation?

29 Responses to WILL THE GAME STORE ACCEPT OUR IOU?

What's On Your Mind, I'd love To Know Cancel reply